Now, no denying I’m a technology fan! I grew up in a home that promoted it. I love new gadgets and am up to date with my phones and tablets , not to mention apps. I see merit in the often put down selfie stick and love a good selfie. It is great to be able to take a photo or video memory of an adventure or experience – without having to invade the personal space of others by interrupting them to take a photo for you . This also eliminates that embarrassing moment when you need to ask the stranger to again take the photo because their first attempt wasn’t good enough.

So while I love what technology can do, I’m a little concerned about its imposition on living in the moment. Yesterday I attended a Fleetwood Mac concert. It was an outdoor arena in the Hunter Valley ( 2 hours north of Sydney for those not familiar with the area). The weather wasn’t so kind to us concert goers but it didn’t impact on the quality performance given by the band.

The seats we had were very good and close enough to the stage to see the full facial gestures. The side screens were good for an occasional glance but the stage held my attention. What amazed me was I had to dodge around not just the patrons that felt the need to stand and dance  ( don’t get me started on that haha) but their two arms extended with camera device, eyes gazing up at their screen, filming the whole thing, watching the performance through the lens of their smartphone or other similar gadget. I suppose they can relive the moment later, but did they really live the moment as it evolved?

What are your thoughts? Can we be too obsessed with recording for the future that we miss the present?

My photos of the night 🙂 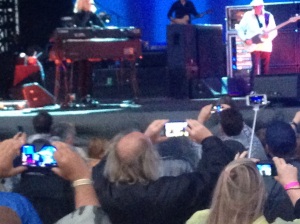 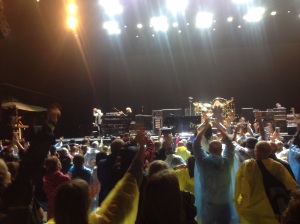 Steve Nicks belts out a tune to the smart phones 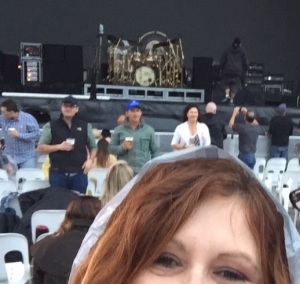 My Tweets
Join 275 other subscribers